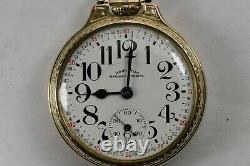 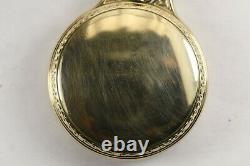 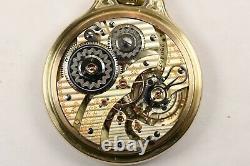 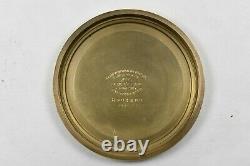 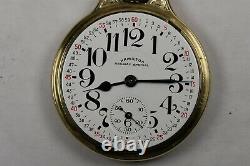 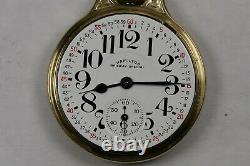 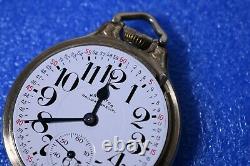 The American Railroad Pocket Watch. The Railroad had a tremendous impact on American lives in the nineteenth century. Much of the progress during that era was largely attributed to the trains which carried food, goods and people to one city or another. Truly the train station held memories for most everyone and had a link with every family (Cooksey Shugart). On April 19 1891 an event occurred that exposed the need for railroad personnel to acquire more reliable timepieces. On the same track an accommodation train was going west from Elyria, Ohio. The Engineer thought his train was leaving on time but did not know that his watch had stopped for four minutes and then started again. (Some say that the engineer meant to wind his watch and inadvertently set his watch back four minutes).

The conductor apparently did not check his watch. The two trains met their destiny at Kipton near Cleveland Ohio. At least eleven people were killed including both engineers. The United States Post Office as well as both railroad companies suffered great losses in property.

It was because of this disaster that a commission was appointed to develop standards for railroad timepieces that would be adopted by every railroad. The industry needed precision timepieces. From that disaster was born a watch that was more accurate than many scientific instruments in the laboratory.

It was unrivaled in quality and reliability anywhere in the world. Also, significant was, the watch companies competed for the government contracts. They did everything from making innovations in the main spring, such as the famous 60 hour main spring and the up and down indicators to advancements in metals and jeweled settings. The watch companies also competed for mainstream business by adding beautiful Damaskeening to their nickel plates. This is the famous Hamilton 950 authentic railroad grade and railroad approved pocket watch.

It is a pendant wind, lever set timepiece set on a beautiful straight line Damaskeened, three finger nickel plate. This a double motor barrel movement has 23 ruby jewels in screw down gold jewel settings and is adjusted to heat, cold, isochronism and 5 positions. It runs strong and keeps accurate time.

The movement is housed in a 10 karat gold filled, open faced, screw back and bezel, Hamilton #17 bar-over-crown watch case produced by the Star Watch Case Company. The case is in extra fine condition with no dents or deep scratches. The double sunk, TRUE MONTGOMERY DIAL must have number (6) in the sub dial, is marked with big, black, Arabic chapters and red five minute markers. It has a subsidiary dial marked with black, Arabic, sixty second numbers and a second hand.

It is in excellent condition with no crazing or chips. It has beautiful blued hour and minute hands and is signed Hamilton Railway Special. This triple signed Hamilton watch was on of the premier timepieces of it's generation during the railroad era. It is the watch, in my opinion, that others strived to live up to.

This is a collector's timepiece that will last a lifetime. Don't go to sleep on this one.

IF YOU SNOOZE YOU LOSE. The item "16 SIZE HAMILTON 950 RAILROAD POCKET WATCH 23 JEWELS SN 2504671" is in sale since Thursday, November 18, 2021. This item is in the category "Jewelry & Watches\Watches, Parts & Accessories\Watches\Pocket Watches".

The seller is "antiquetimetreasures" and is located in North Port, Florida. This item can be shipped worldwide.